Title: Identity dilemmas, experiences and feelings of the Palestinian female students from East Jerusalem during their integration process in the Hebrew University.

Abstract: This study will examine the dilemmas, experiences and feelings that arise among young Palestinian female students from East Jerusalem during their integration into the Hebrew University. The study will be conducted using a qualitative method, based on structured in-depth interviews with eight young Palestinian women from East studying Jerusalem at the Hebrew University. The aim of the study is to promote an understanding of the identity dilemmas, experiences and feelings of the young Palestinian female students from East Jerusalem who on the one hand do not know the Israeli society so well and want to preserve their Palestinian values and culture, and on the other hand, want to integrate with the Israeli society and be accepted by it without experiencing discrimination. 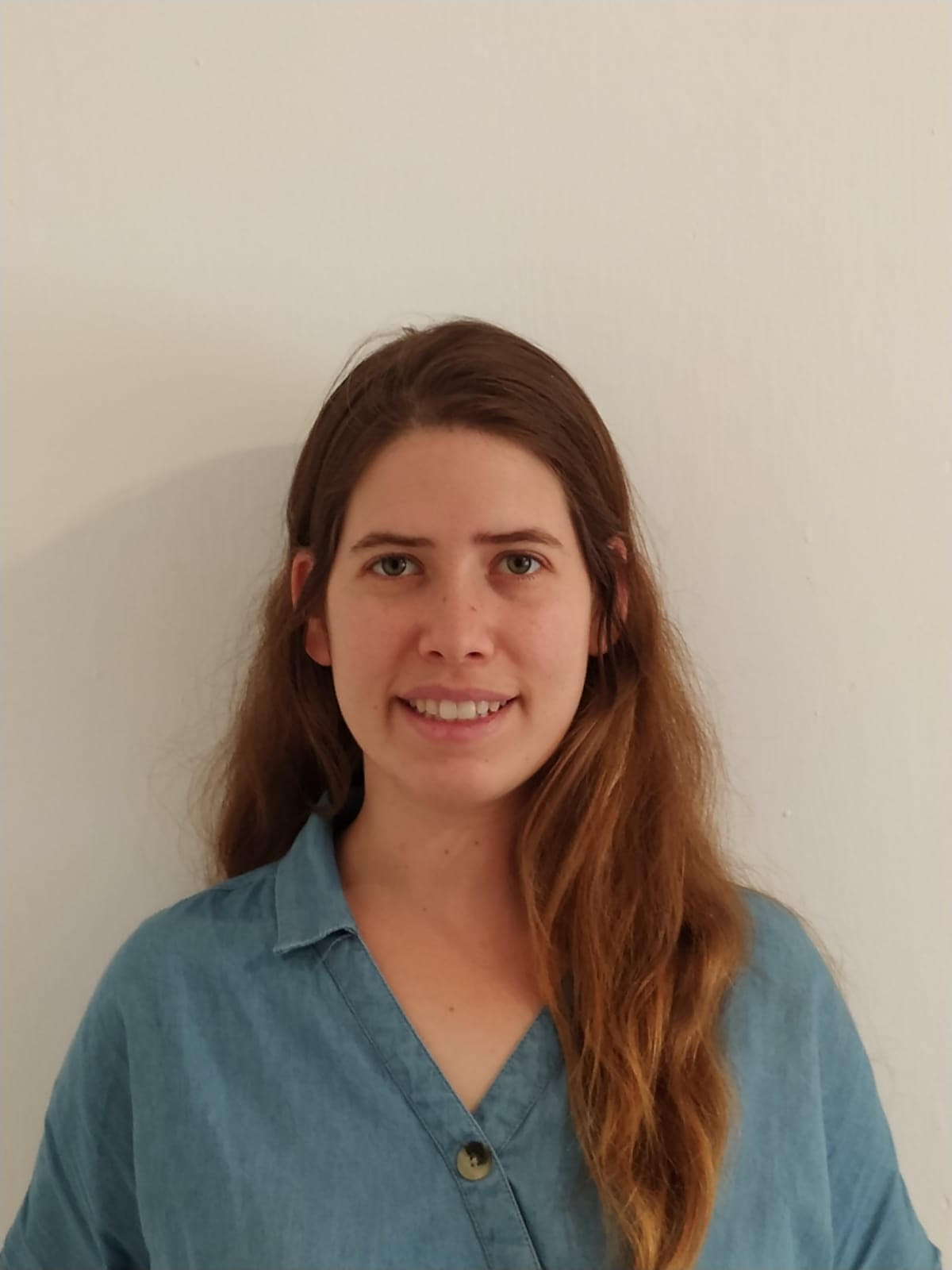 Title: Perceptions, feelings, attitudes, and experiences of young women from the Shomron hills who built their homes there.

Abstract: This study aims to understand the feelings, experiences, dilemmas, challenges, and attitudes of "girls of the hills", young religious women who grew up in the Shomron hills and built their homes there. The research will be qualitative, based on semi-structured in-depth interviews with 10 young women. The goal of the study is to provide a more comprehensive picture of the phenomenon and of their lives and worldview through the voices of the young women themselves.

Abstract: While Olim (Jewish immigrants) from North America continue to arrive in Israel, many of them face challenges in adjusting to life in Israel and finding their place in Israeli society. Previous studies have explored the motivations for Aliyah for North Americans and the challenges they face in adjusting to a new culture (Rodin, et al., n.d.; Amit & Riss, 2014). Immigration research has indicated that being far from the familiarities of home often leads to lifestyle changes and the development of multiple identities (Miller-Perrin & Thompson, 2010; Verkuyten, et al., 2019). However, when it comes to North American immigrants to Israel, who immigrate primarily for ideological reasons, they do not always feel the need to make the changes necessary to integrate into the new culture and society that surrounds them, leading to a relatively high percentage of remigration within just a few years (Portner, 2013). Female Olim may find it particularly challenging to integrate into the Israeli workforce (Rebhun, 2008) and find a sense of social belonging, while those from closed communities such as Chabad are faced with unique challenges of their own as they are exposed to a broader range of religious backgrounds in their newly expanded social circles. The present study will follow the unique Aliyah experience of Chabad women, as they journey through finding their identity both culturally and religiously following their move to Israel. This research is significant as this population has not yet been researched in the context of North American Aliyah in particular, nor with relation to immigration to Israel in general. In addition, this study is of personal interest to the researcher, who underwent a similar life journey following her move from North America to Israel as a young Chabad woman, and sought to discover the challenges, experiences, dilemmas, and conflicts of others who made this life-changing move across the world. 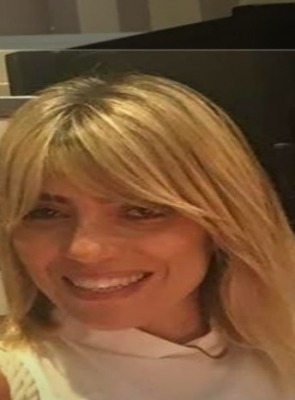 Title: Teaching during the Covid 19 pandemic as teaching in crisis - verbal and non-verbal aspects of teaching through computer mediated communication (cmc).

Abstract: This study will try to understand the emotions, experiences, dilemmas, difficulties and perceptions of female high school teachers regarding verbal and non-verbal communication aspects of teaching during the Covid pandemic. The study will be conducted using a qualitative method, based on semi-structured in-depth interviews with eight female high school teachers. The aim of the study is to produce a model that maps the difficulties of teaching by means of computer mediated communication and suggest ways of dealing with these difficulties while relating to the following aspects of verbal and non-verbal communication: proximity, kinesis, sound qualities and appearance.The findings of this study can contribute to our understanding of women's leadership through the unpacking of verbal and non-verbal communicative practices used by female teachers as leaders in times of crisis .

Title: First generation to higher-education and success in Israel: women from Mizrachi origins that have reached managment positions at the Hebrew University 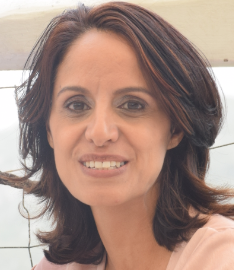 Abstract: Studies addressing the association between social status and higher education show that there is a correlation between a person’s level of education and their cultural, social and economic background characteristics. In this regard, an individual coming from a high socio-economic class has better chances of acquiring higher education than one from a lower socio-economic background (Bourdieu, 1977; Dahan, 2003). The current study corresponds with and adds to previous studies which have revealed that under certain conditions, first-generation higher education students, despite many obstacles and difficulties, were able to “break through the barrier” and acquire higher education (Davids, 2010; Gofen, 2009).

In contrast to previous studies (Davids, 2010; Goffen, 2008; London, 1989) that examined students during their studies or after graduation, this study focuses on the subgroup of Jewish-Israeli women of Mizrahi origin in management positions at the Hebrew University of Jerusalem, all first-generation recipients of higher education. Decades after graduating their academic studies, they look retrospectively at their lives in general and their educational experience in particular. In addition, they examine their educational experience and the decisions made by their parents and themselves, from their current perspective as women with established and successful careers.

Previous studies have dealt with women in academia in the Israeli context (for example, Hertz and Opletka, 2009; Toren, 2008) and a small number of studies dealt with women in management positions in the Israeli academia (for example, Yassour-Borocowitz, Desivilya and Palgi, 2010). The current study opens a window to an unexplored topic and provides a glimpse into the world of nine Jewish-Israeli women of Mizrahi origin, managers at the Hebrew University - all first-generation recipients of higher education who hold administrative management positions at the Hebrew University. Through a thematic content analysis, based on in-depth interviews, I aim to reveal these women’s personal motivations to succeed, break the intergenerational circle and reach senior influential positions.

Title: Did Feminism Kill Prince Charming? The Intersection of Feminist Ideology and Popular Culture in Young Adult Literature in the United States at the Close of the 20th Century

Abstract: The proposed research seeks to trace the influence of feminist ideology on pop 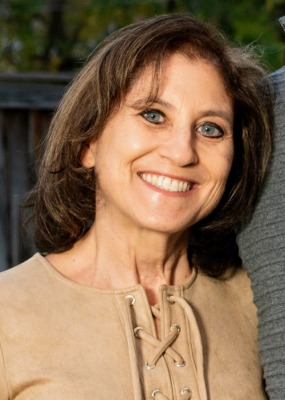 ular culture in the United States during the 1990s, a period during which U.S. feminists were facing a political and social backlash. It will do so by isolating shared elements in explicitly feminist re-writings of well-known fairy tales and determining if these elements find their echo in mass-market fiction aimed at adolescent girls. Fairytales are folktales that have been changed and adapted for children. They are on the one hand deeply engrained products of human culture – the underlying plot, or bare bones of the Cinderella story, for example, can be found as early as 3rd century China, in Egypt, and across western and eastern Europe. On the other hand, they are also cultural changelings, adapted over and over again to suit the audience at hand, taking on, in their details, particular aspects of the culture in which they are being told. Staring in the late 1950s American writers, such as Ursula Le Guin, Ann Sexton, Angela Carter, Wendy Mass, and Gail Carson Levine, reimagined the fairytale from a feminist perspective, adding new elements, removing others, shifting messages and altering details.  It will thus be possible to identify which of these specifically feminist elements tend to appear and reappear in these stories. In order to try and trace the extent of the influence of this thought on popular culture, I will next turn to the ever-burgeoning market of young adult literature, to see if these themes appear there as well.  This genre was particularly prolific in the mid-1990s, with the publication of work by authors such as Sarah Dessen, Deb Caletti, and Jennifer Echols, none of whom was avowedly feminist. It is my contention that exploring these texts in search of the themes or elements identified in consciously feminist fairy tales, will perhaps shed light on the extent to which feminist ideology permeated popular culture during this period. In doing so, it will also explore the portrayal of gender identity and gender roles in this literature, and the ways in which these were in dialogue, or not, with the perception of gender identity and gender roles in U.S. American society in general. 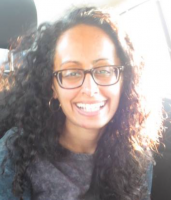 Abstract: The goals of the study are to examine the dilemas, positions, themes, expreiences, emotions and conflicts experienced by Habad females pursuing non-teaching degrees in secular higher education institutions. The study was carried out through in-depth interviews of seven Habad females and Grounded theory was used to analyze data and define themes. Our findings reveal the dilemmas and inner conflicts experienced by the interviewed Habad women during the course of their studies in secular academic institutions. 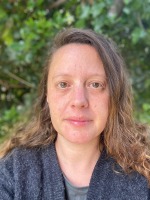 Abstract: In 1938 the Jewish community in Palestine conducted a jewelry donation campaign as part of the Community Ransom Tax (in Hebrew: Kofer HaYishuv), which was used to finance the community’s defense and military expenses. The study will examine the women in the Jewish community, the part they took in the campaign and the effect it had on the complex relations between their individual needs and the national needs, as well as the power balance between different groups of women. In this study I will use primary sources that reflect the establishment’s point of view and as a result, the male perspective on the campaign. Although the jewelry donation campaign was considered at the time – as well as today – a voluntary act, this study will challenge those perspectives and will show the motivation to donate was at the very least complex in this community of immigrants.

Title: The performance of protest during Covid19 pandemic: Movement, Body and Gender 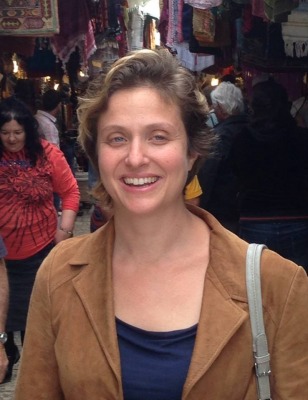 Abstract: The Balfour 2020 protests manifested unique performative qualities of body, movement and gender in the public sphere. This taking place in times of lockdown, restrictions on movement and civil liberties. These performative expressions embody a contemporary political discourse, of a new generation, in which unrest produces radical forces, striving for change. The issue of gender and the status of women in protest is changing and becoming a leading force; The color Pink dominates the designs, publications, clothes, symbols and performances of many groups such as "Ha-baalbatim", "Pink Front" and "Rise Israel". Pink has become a symbol of protest seeking to break free from the rule of patriarchy, fundamentally changing configurations of power and control, and expressing an aspiration for a brighter future that incorporates gender equality. Another significant expression of the protest's performative power is the radicalism of the body; Women protesting naked in front of armed policemen, or on the Knesset Menorah, radically expressing that "women pay with their bodies and lives for rising domestic violence."
In this thesis I examine performative expressions to address the issue of potential political change and shift in gender power in the public sphere.